It’s funny but before my recent trip to TGI Fridays, I hadn’t been to the restaurant chain for ages. The ones in London are normally loaded with tourists but as it was my birthday not that long ago, me and Gary felt like a change of scenery so we headed to the Piccadilly branch just before Christmas.

I love atmosphere in a restaurant and TGI’s has tons of the stuff! With excitement, happy staff and enough good vibes to last ages, TGI’s is the place to be when you want a fun time and great food.

The Menu is what you would expect with potato fries, big burgers, loaded potato skins and cool juicy hot dogs which looked amazing.  I tried Friday’s double glazed Jack Daniel’s burger with bacon and Monterey jack cheese which was divine and I just had to have them with sweet potato fries.  Gary opted for a huge steak which made me a little jealous as it was cooked to perfection but overall we were both very happy with our choices.

The drinks were flowing too as TGI’s stocked my favourite cider, kopparberg and the whole night flew by and was tons of fun.

The only thing about TGI’s is the wait. We knew we would have to wait at least 30 minutes until we were seated as it was a saturday night after all but honestly the time did fly by and with the bar there for a taking, we really didn’t mind.

Me and Gary really had a great time at TGI Fridays. If you haven’t been for a while or have never had the pleasure, it is well worth visiting one of TGI’s branches near you. The food is great, it’s a really fun place to be and I love that they have retained their popularity and quality grab since they first launched in the UK in 1985.

For your nearest restaurant, check out the link here. 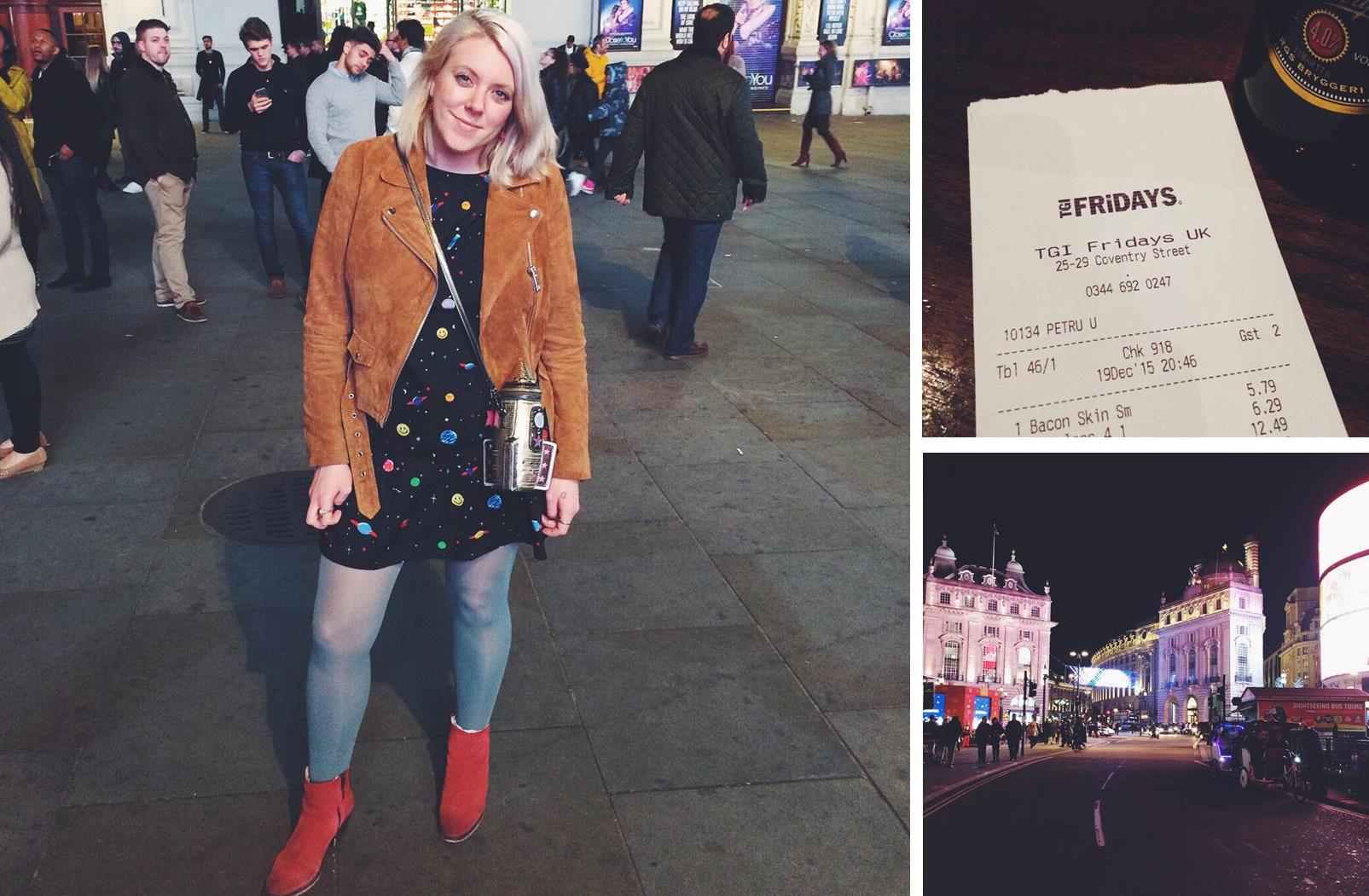