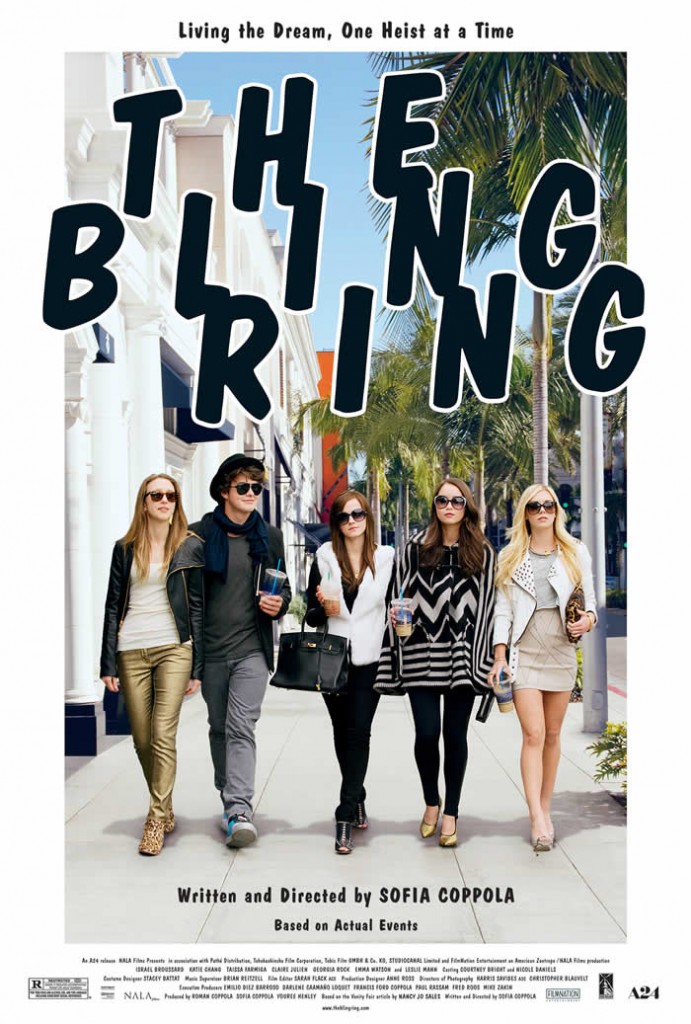 Many Fashionista’s and celeb fans have probably been dying to see The Bling Ring and lucky for them the film directed by Sofia Coppola, will be available on DVD on October 28th.  As The Bling Ring was more indie then commercial, many may have missed the chance to see this cool movie but now you can watch it from the comfort of your own home.

The Bling Ring is about a group of young teens that successfully robbed Paris Hilton, Lindsey Lohan, Olando Bloom and many more, before finally being caught. They made off with around $3 million dollars worth of designer goods, Cash, jewellery and anything that took their fancy.  The group would sometimes sell some of their stolen swag while other pieces they kept as trophies for themselves.

I must confess, I was worried that Sofia’s version of the film was going to glamorize the idea of thrift and crime but luckily, it just portrayed the characters as young and naive.  Their fascination with celebrity figures and how they idolize these people in the limelight seems true to life and sadly with the invention of the internet,  celebrities have nowhere to hide.  The Gang would research to see where their idols would be in the next few weeks and then google to find their home addresses. Really it was a pretty simple plan to come up with and of course, it’s all there for anyone who has the internet.

Sofia has always been good at tackling issues that many may prefer to leave untouched but with The Bling Ring,  she looks at how easy material objects and money, influence the younger generation and how celebrities as seen as gods and someone they should copy.

The film as a whole as shot like a documentary that we were let in on from rumours at school. It highlighted the gang’s insecurities and the direction that took them onto a path of petty crime.

I really enjoyed this film and would even persuade people who aren’t interested in the industry to watch it as it looks at the younger generation and issues that parents may will have to tackle in the future in one way or another.

Retracing my Families history with Ancestry